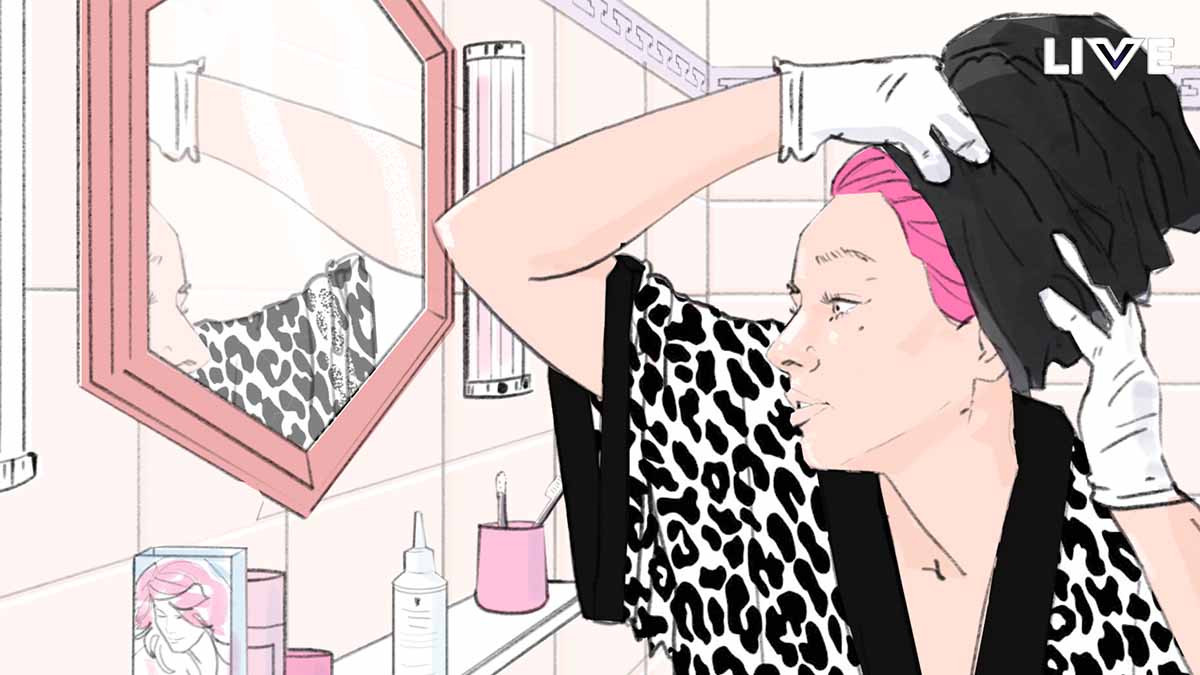 Have you ever wondered how an idea gets turned into an advert? Read on to find out how my storyboards for Schwarzkopf’s latest beauty commercial played their part.

When an art director in an ad agency scribbles down their idea, the spark that lights it all, it needs fleshing out before being presented to the client. A well-thought-out concept and script are required, specifics need going into, and they need details – who or what is in it? Where are they? How does it look?

And that’s where I come in as a concept artist or storyboard illustrator.

A storyboard is a series of sketches and descriptions of the shots to be filmed. It’s used in film and television production to help visualise the sequence of events in a script. Storyboards for commercials are handy because they help explain a concept to stakeholders. They also help the creative team thrash out the content & running order. All at a (relatively) low cost and long before setting up a single camera.

While ploughing through the chocs on Christmas day 2022, watching Ghostbusters or Back to the Future for the 10th time, you may have seen a Schwarzkopf Live advert on your screens. Embrace the Power of Colour was running in that sweet spot – just after the Christmas meal when everyone settles in to watch the box. My storyboards for Schwarzkopf’s latest beauty commercial played their part in getting that ad into your eyeballs.

As the concept for this ad developed, Art Director Emma approached me to create some full-colour storyboards. I based my drawings on her script and notes for direction, together with a few visual references, including potential influencers and models who may feature in the final commercial, suggested locations and hair styling etc.

In my process, I shared pencil line sketches for early review. Scenes changed, and with feedback from the client, the script developed. As with most visualisation projects, things remained fluid. Some frames needed changes, others were dropped or replaced with different options, and new ideas were added. Although we ended up with 24 frames, we created over 35 frames in total (plus revisions). As an artist, you should never get too attached to one image in this game because things can change so quickly.

samples from the main storyboard

The ad was shot in Spring ’22 however, I worked on the storyboards for this commercial back in the summer of 2021. These visuals were used to pitch the concept to the client and for research & testing too. In this case, the drawings even helped the team make casting decisions from Schwarzkopf’s group of ambassadors. Despite further changes later on in the process, elements from the original storyboards remained in the final ad. In particular, Charlotte Hole @CH32, an ambassador for Schwarzkopf’s Live Colour range.

Click here to spend a day on shoot, and take a peek at some behind the scenes.