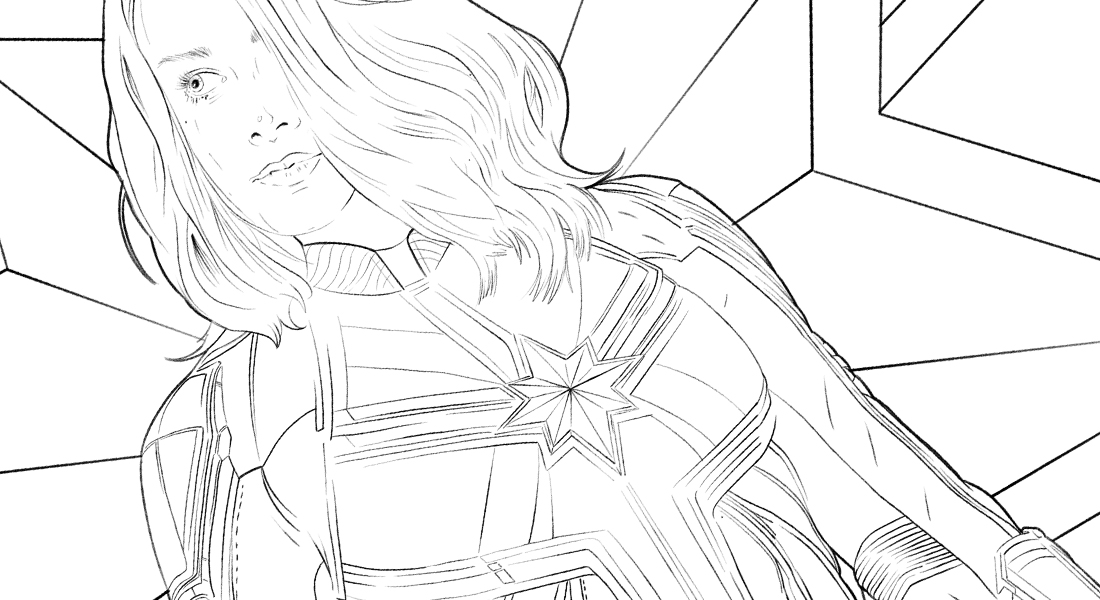 Today we are talking SERIOUS girl power, the most powerful superhero in the Marvel universe. (Or could we argue that’s Scarlet Witch?) Anyways, we can argue that one later on, as next up after the Cap’ in the MCU timeline and my series of #StayAtHomeAndColourIn posters is Carol Danvers, AKA Captain Marvel. The little girl who always got back up and kept going no matter how hard she fell, turned into the fearless Air Force pilot who obtained cosmic powers after becoming exposed to the awesome energy of the Tesseract.

Today you get not one, but two pictures as I’ve added a version with her power-up Binary flares for extra use of your yellow crayons. Click on one of the pictures below to be taken to a large A3 download.

Get busy with your colouring tool of choice and let me see the results. Tag me @mattillustrates on twitter or instagram and use the hashtag #StayAtHomeAndColourIn 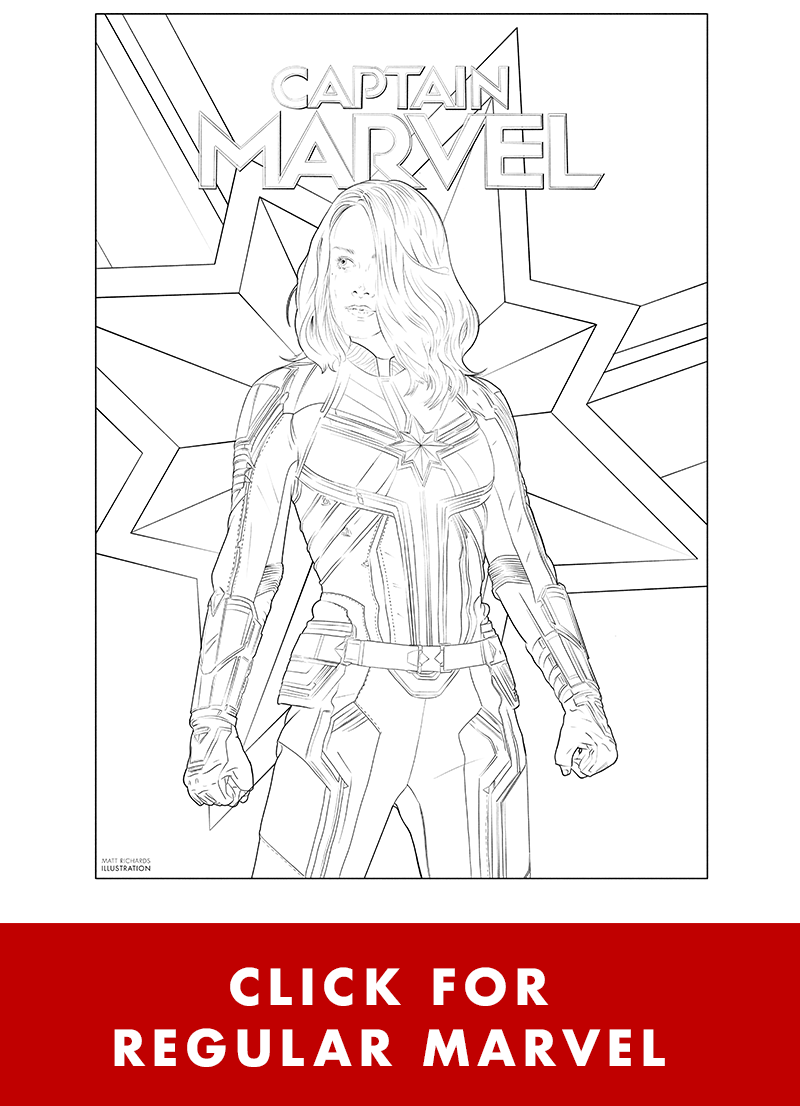 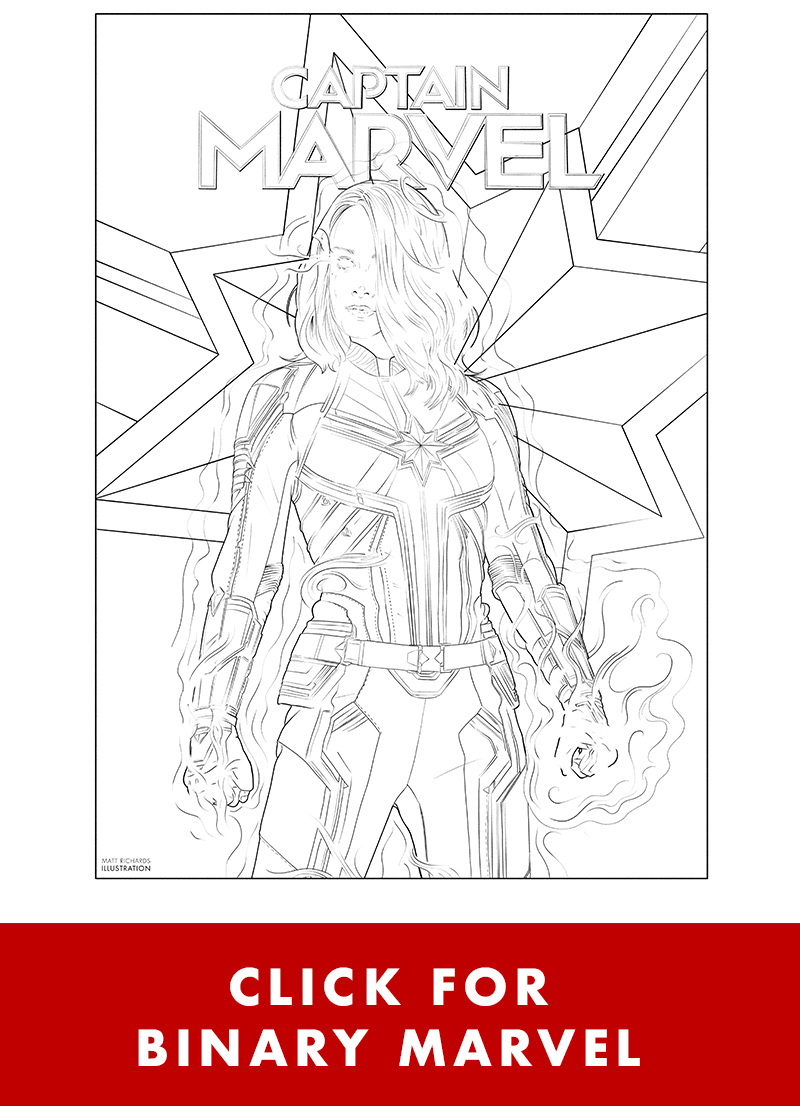