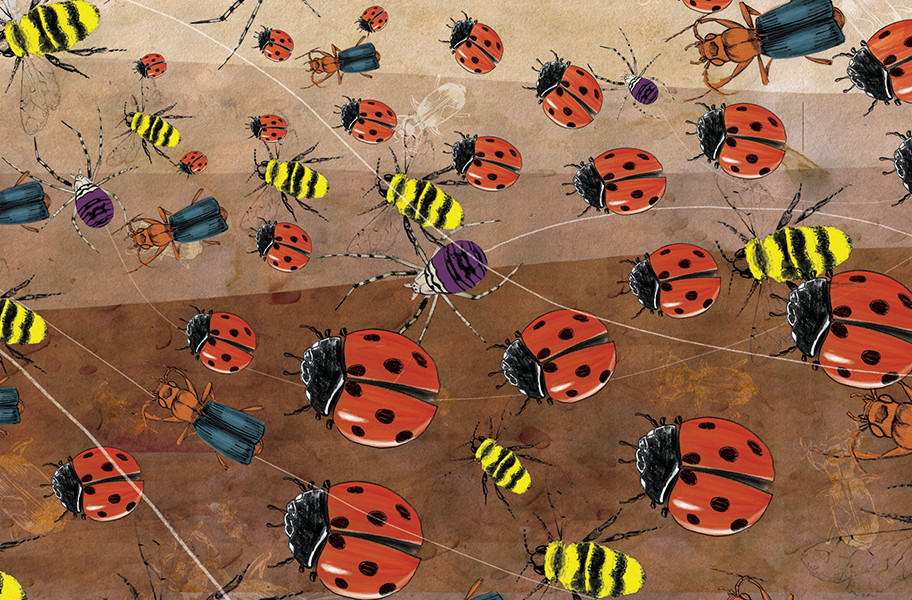 Lost in London is a new publication for country loving city dwellers and anyone yearning for a simpler life. I produced an editorial illustration for their latest issue.

Published to coincide with the beginning of each season, Lost in London guides readers through urban sanctuaries of grass, trees and fresh air away from the smoke. This independent magazine – co-produced by Lucy Scott and Tina Smith – provides a unique take on life in the city, both in words and pictures. Threaded throughout each issue is a series of photography and illustration portraying the city’s hidden charms and rustic character, as London based artists provide a visual response to the city. It was an interesting brief, to portray the positive side of something that would generally be looked upon in a negative way. I liked the idea of these insects flocking to their urban oasis almost as if they were commuters in rush hour. Their bright colours detract from the grimy perception we associate with browfield sites and hopefully makes them more friendly (I myself have a fear of spiders afterall!) Lost in London can be found in Tate Modern, Natural History Museum, Magma, Rough Trade East and also from Lost in London direct by ordering online here.